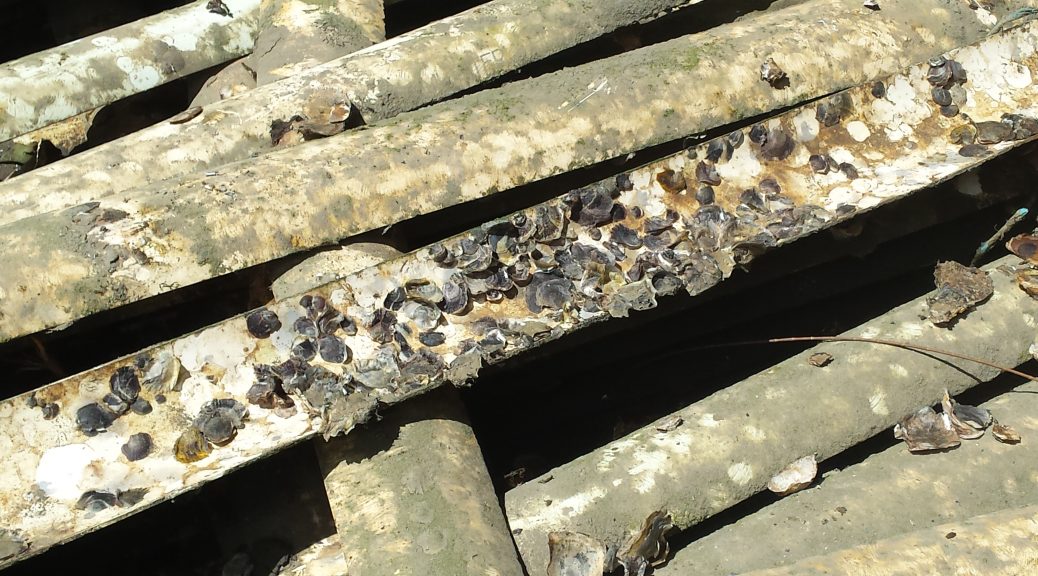 Last month we have been stripping our baby oysters.The plastic strips ( slats) were bundled and placed in the water in March and they stayed there until September/October. The oyster larvae have settled on the slats during that time and have grow until pinpoints to fingernail size.The slats were taken out of the water and run though a machine that brushed the spat of the plastic. We then graded them on size and scooped them into tumblers. They have been placed back into the river. In about 4 months we will go and pick them up to see how much they have grown and grade them again.We will keep you posted.